Keyhole surgery of the Hip Joint: Looking through the lens of a Hip Arthroscopist

I have been told I have Carpal Tunnel Syndrome: What does this mean for me?

My Orthopaedic Surgeon has said my joint symptoms are secondary to Vitamin D deficiency: What is Vitamin D? 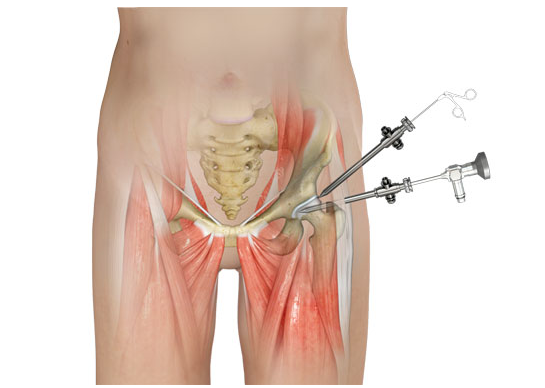 Hip arthroscopy is also known as minimally invasive surgery or keyhole surgery of the hip joint. In hip arthroscopy, doctors can view into your hip joint through a small incision. It can help to treat a wide range of hip problems. Hip arthroscopy can be done as a same-day surgery that takes only 2 hours in most cases.

During hip arthroscopy, doctors insert an arthroscope into your hip joint, which is a small camera that displays the internal pictures on a monitor. The doctor uses the pictures to diagnose the problem with your joint and uses miniature surgical instruments to perform any repairs or reconstruction.

The good thing about keyhole surgery is that it requires very small incisions to be made in order to perform the surgery. As a result, the patient feels less pain, less stiffness and less swelling. It also takes a very short time to recover after the surgery.

When is Hip Arthroscopy Recommended?

Your doctor will typically recommend hip arthroscopy in some very specific conditions. If the pain is getting severe and the non-surgical treatments like medications, physical therapy, NSAIDs, RICE, etc., are not working, then doctors recommend undergoing a keyhole surgery.

Keyhole surgery can help in getting rid of painful symptoms associated with problems like articular cartilage, labrum, and bone spurs around your hip joint. The damage could be due to an injury or it can be the result of one of the following orthoscopic conditions:

It is a condition in which an extra bone develops on the femoral head or along the acetabulum. The overgrown bone, or spur, could damage the tissues of the hip when you do any movements. There are some long standing cases in which the spurs can develop on both the acetabulum and femoral head sides of the joint.

The Snapping Hip Syndrome (SHS) is also known as Coxa Saltans in medical terms. It is a disorder in which a person may hear a snapping sound or have a snapping sensation in their hip when they perform movements. When muscles become inflamed due to their overuse, then the tendons click as they are rubbed over the greater trochanter of the femur. This condition is also strongly associated with those who have tight hip & femur muscles. In most conditions, SHS is harmless, but it increases the risk of joint damage. SHS can also be painful for some people like athletes and sportsmen and can affect their overall performance.

It causes inflammation in the tissues that surround the hip joint.

There could be many other conditions like loose bodies ( bone fragments ) and hip infections. We only discussed a few that are most common to illustrate the idea of problems that may arise from the hip joint.

With the passage of time, several advancements have been made in surgical equipment. Now miniature surgical equipment allows the surgeons to use minimally invasive arthroscopic techniques that previously would have required open surgery for the same treatment. When hip arthroscopy is performed, several small incisions are made through which a surgeon inserts an arthroscope and other surgical instruments.

If you compare keyhole surgery with other surgical procedures, then it has several advantages like:

Due to all these benefits, most orthopedists and surgeons prefer arthroscopy for treating certain conditions like hip arthritis, labral tears, loose bodies or hip impingement syndromes.

Hip arthroscopy is performed under the influence of regional or general anaesthesia. The choice depends upon your condition and your surgeon’s preferences. 2-3 small incisions are made around your hip joint that is ¼ inch in length. One of the incisions is used to insert an arthroscope. Along with it, a sterile solution is pumped into the hip joint to expand the area. It provides more room for the surgeon for surgical work.

There is an external monitor on which the surgeon visualizes the inside joint condition, and he can determine the extent of the damage. Surgical instruments are inserted from other incisions, and the surgeon treats the exactly damaged area. When the surgery is completed, incisions are closed and are covered with bandages.

What Risks And Complications Are Associated With Arthroscopy?

The recovery of keyhole surgery is considerably faster as compared to other forms of surgery. Your doctor can advise you on some precautions for faster recovery. Some of them include:

That was a brief summary of what ‘hip arthroscopy’ is, its uses and what to expect as a patient. If you compare this with other forms of surgery, then it much more palatable as it isminimally invasive and most of the patients are discharged on the same day or the day after. There are many advantages of this surgery also. You feel less pain and the recovery time is also much quicker.

If you still have doubts or perhaps feel you may need to discuss hip arthroscopy in person, then please contact Dr. Gowreeson Thevendran or visit www.orthofootmd.com to get your answers ! 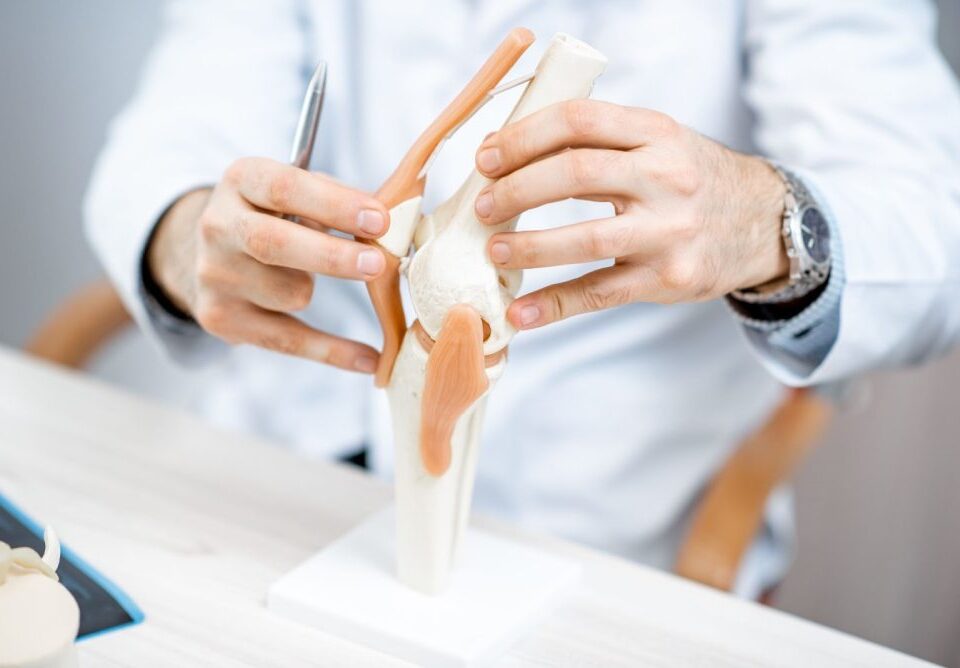 Cartilage Regeneration: What Is It & How Does It Work? 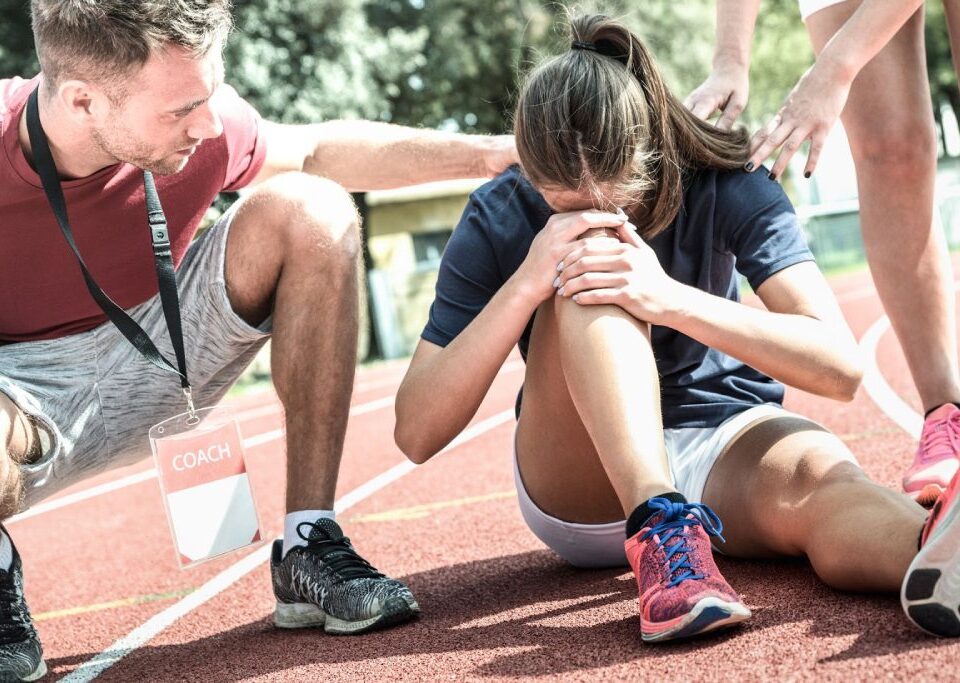 Do I Need Surgery For a Torn Meniscus? 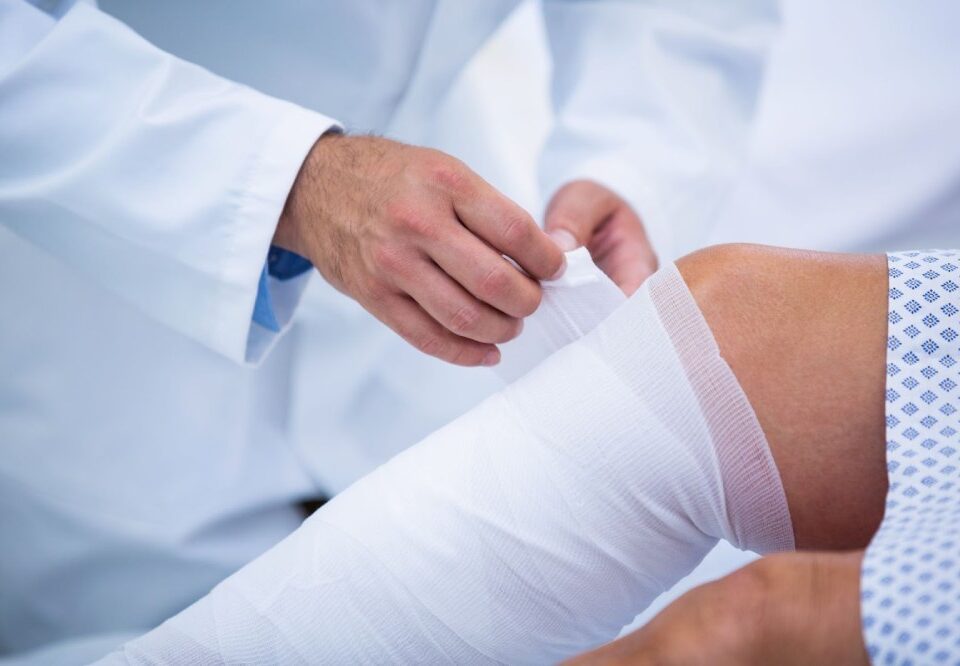 5 Tips For a Faster Recovery From Orthopaedic Surgery